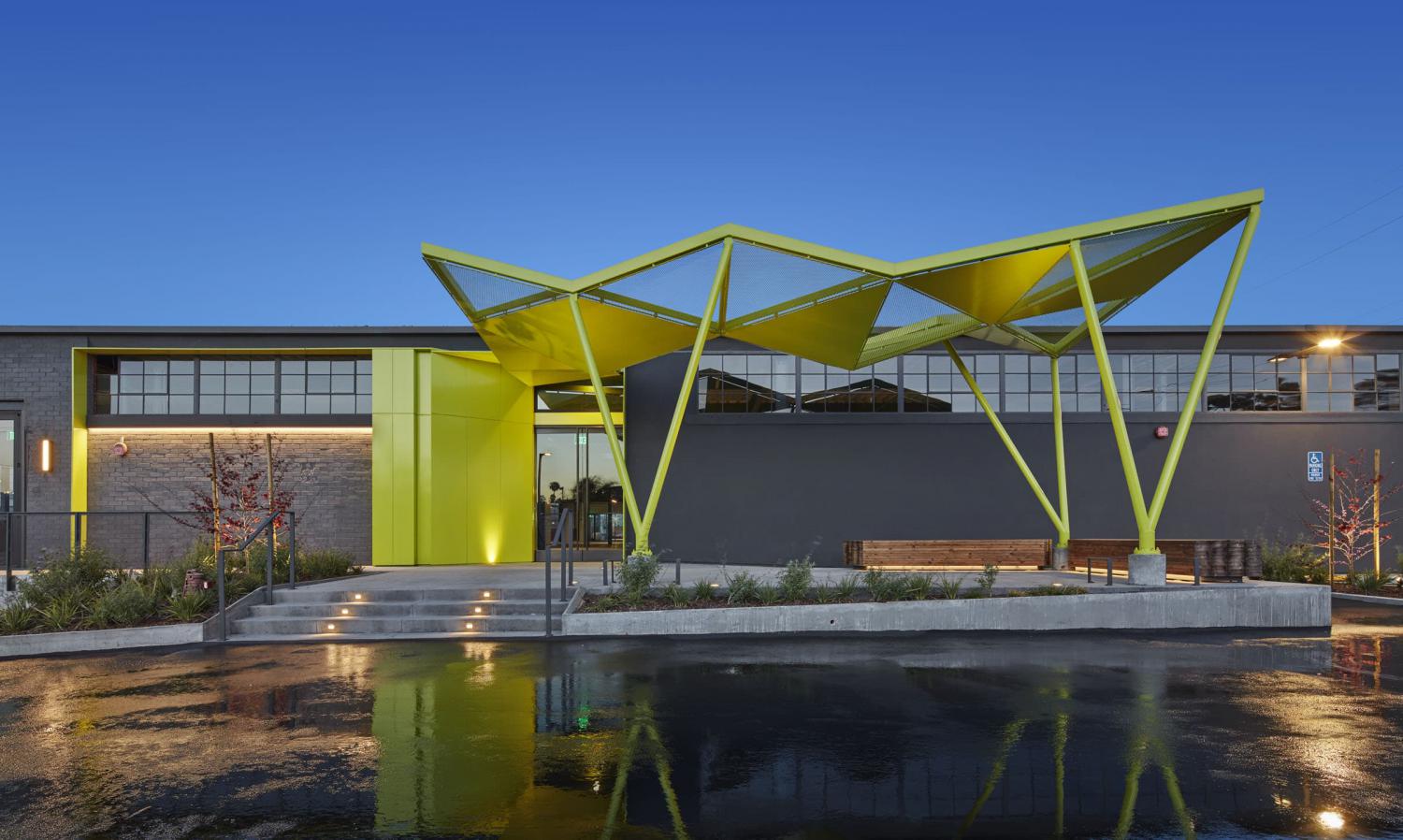 The 1925 East Maple building sits on 2.4 acres at the intersection of Interstate 105 and Highway 1, less than two miles from Interstate 405 and minutes from the amenities of the El Segundo/Manhattan Beach waterfronts. EverWest purchased the property in late 2017 and over the next 15 months implemented a major redesign to create a 45,270-square-foot, one-story open floor office design.

“This building caters to a very tech-oriented tenant profile that has emerged – and continues to evolve – in El Segundo,” said EverWest Managing Director Erik Good, who oversees the company’s Southern California acquisition activity. “We immediately recognized the potential that this 1950s vintage architecture offered for a modern creative office repositioning. It is perfect for this demographic, so we worked hard to preserve that history while also introducing modern efficiencies and elements that today’s office occupiers demand.”

In addition to its immediate proximity to interstates and thoroughfares, 1925 East Maple is two blocks from the Metro Green line and the new LAX line. It provides quick access to all regions of the LA metroplex and, via the Los Angeles International Airport, to regional and international destinations. It is within walking distance to ten hotels and a wide selection of dining, shopping and entertainment.

SAIC is scheduled to move into1925 East Maple in June.

“Tenants like SAIC are becoming more creative in nature, wanting buildings that they can showcase and use as centers of efficiency,” said EverWest Managing Director for the West Coast Amr Ceran. “EverWest has executed this strategy in multiple markets and now has a portfolio of properties that we’ve repositioned and brought to 100 percent occupancy. We continue to seek new opportunities to apply this expertise in LA and other U.S. markets.”

“EverWest did an excellent job of transforming this iconic mid-century single-story asset into a creative workspace,” said Chris Strickfaden of Newmark Knight Frank, who represented EverWest in the SAIC lease along with colleagues Terry Reitz and Eric Adams. “The El Segundo market has been a hotbed of tenant activity this year as it provides a more economical alternative to other pricier areas like Silicon Beach, as well as easy access to hospitality, amenities, freeways, LAX and public transit.”

Gary Horowitz and Kamil Agha of JLL represented SAIC in the 1925 East Maple lease. Shubin Donaldson was the project architect.

Other recent EverWest adaptive reuse projects include The Circuit and The Quad, both in metro Phoenix, UpCycle in Austin and Junction 23 in Denver.